Aggravated assault Georgia is a serious charge that will likely require legal assistance. Get all the facts from an expert criminal attorney at The Law Ladies.

Under Georgia law, aggravated assault charges are severe accusations with significant ramifications. Depending upon the specific situation of your distinct case, you may face up to twenty years in prison if convicted, which is why we strongly advise to consult an attorney.

If you or a loved one have been charged with aggravated assault Georgia, it is important that you secure legal counsel from an attorney in the face of possibly life-altering penalties. 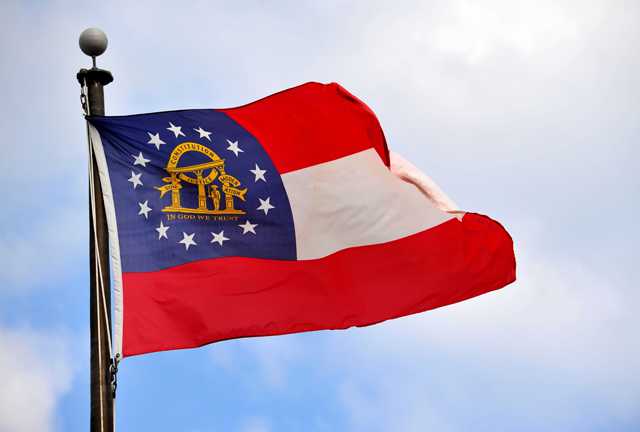 Whether you’re facing charges for simple battery or aggravated assault, The Law Ladies are here to help you navigate the complex criminal justice system with the professional legal defense from an attorney you deserve. We take pride in our success rate amongst the top aggravated assault attorneys in Georgia.

As dedicated criminal law professionals with decades of combined experience protecting our clients against criminal charges, including those for violent offenses, we’re distinctively positioned to assist you through all stages of this challenging circumstance. Our firm has put together this brief guide to aggravated assault and similar charges in Georgia so you can stay informed and ahead of the prosecution.

Under OCGA § 16-5-21, a person commits the offense of aggravated assault when he or she commits: 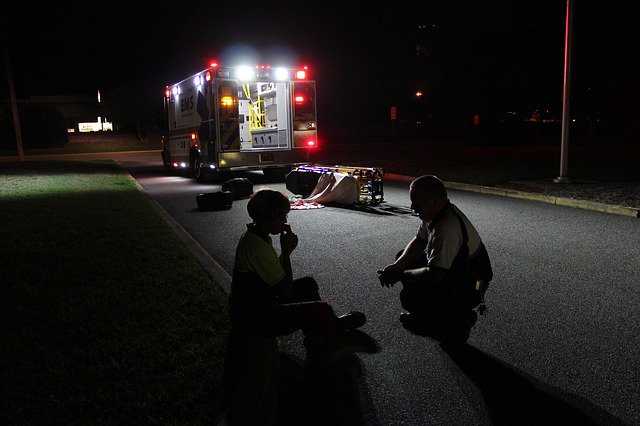 Aggravated Assault With a Deadly Weapon

In cases of aggravated assault with intent to murder, to rape, or to rob a deadly weapon may or may not be involved. When a deadly weapon is involved, it speaks about the state of mind of the person committing the assault.

Using a deadly weapon in cases of aggravated assault with intent to murder, to rape, or to rob may also lead to increasing the chances of conviction or the duration of penalties.

Aggravated assault can also be done with any object, device, or instrument which, when used offensively against a person, is likely to or actually does result in strangulation. A deadly weapon can include a handgun, a knife, or any other object that can inflict severe injury. For example, a deadly weapon in cases of ligature strangulation is a cord, rope, or similar weapon. In cases of manual strangulation, hands are deadly weapons.

Committing an aggravated assault by discharging a firearm from within a motor vehicle toward a person or persons means using a gun, rifle, or a similar weapon that can expel a projectile.

If you have any questions about what this could mean for your aggravated assault or simple assault case, don’t hesitate to contact The Law Ladies.

Penalties for Aggravated Assault In GA

The standard aggravated assault sentence in GA ranges from one year to 20 years in prison. The minimum penalty rises based on the statutory requirements for specific classes of victims and scenarios as noted below:

The court also has the discretion to enforce fines of up to $100,000 and a maximum of 20 years probation. Other possible repercussions consist of restitution that can cover expenses to the victim such as medical bills and mental health therapy. 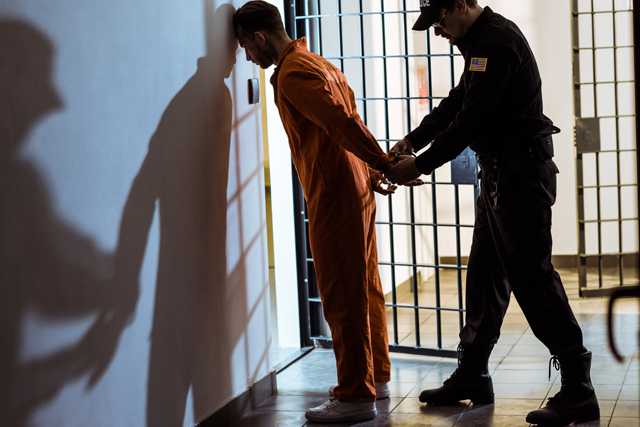 Georgia law allows first-time felony offenders to be sentenced under what is called deferred adjudication. Under the first offender act, the offender enters a guilty plea. However, they have not been convicted of the criminal offense at that point. The accused will be sentenced, usually to probation, but jail or prison time might likewise be included. If the offender effectively finishes the sentence, an order of discharge without adjudication of guilt will be issued. This implies that the case is dismissed without a conviction.

Being classified as a first offender has its advantages and its repercussions. These issues must be gone over prior to making decisions on how to continue with your case. If you discover yourself in the regrettable scenario of dealing with a first or subsequent aggravated assault charge, call a criminal attorney Atlanta right away at 1(833)-LLADIES to begin developing a strong defense strategy.

What is OCGA Battery

Battery is another common type of violent crime charge in Georgia. This violent offense can be classified as either simple battery, aggravated battery, or sexual battery, which we will discuss further down.

The Official Code of Georgia § 16-5-23 sets out the meaning of simple battery and possible penalties. Simple battery is specified as intentionally making physical contact of an insulting or provoking nature with another person, or purposefully inflicting physical harm to another person or persons. This offense always involves physical contact between the offender and the victim. Considerable or noticeable harm is not needed. The term “insulting or provoking nature” does not always indicate that the other person is hurt, whereas “physical damage” consists of offensive contact that surpasses insult to the infliction of pain, or even a serious bodily injury. 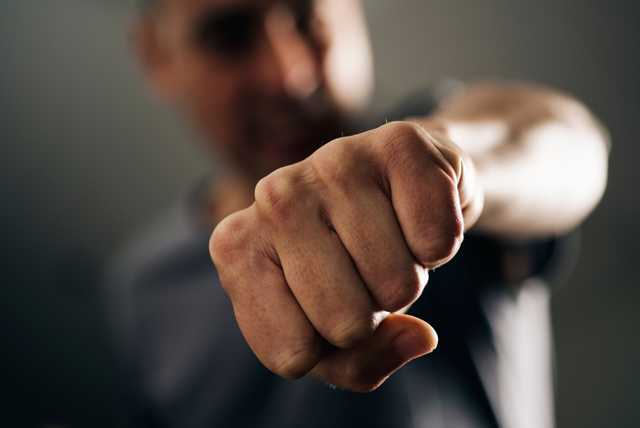 The OCGA § 16-5-24 specifies aggravated battery and possible penalties. Aggravated battery is specified as purposefully and maliciously causing severe physical damage to the victim, such as loss of a limb, loss of usage of a limb, or irreversible disfigurement.

This is a serious charge that can lead to life-altering penalties, so you should never face this type of charge without consulting a criminal lawyer in Georgia. Whether you’re facing simple battery or aggravated battery charges, attorneys Ashley McMahan and Jasmine Barber are prepared to stand up to the prosecution.

While battery charges may not seem as serious as assault charges, they can bring just as many penalties, including up to twenty years in prison for the most severe offenses.

In GA, simple battery is a misdemeanor criminal offense. The maximum penalty permitted by law is 12 months of jail time and a $1,000.00 fine, but not all individuals charged with simple battery will receive this penalty.

If the victim is age 65 or older, a member of the offender’s family, a law enforcement officer, a public school worker, or a pregnant woman, then it will be charged as a high and aggravated misdemeanor, which carries a maximum fine of $5,000.

If you or a loved one are facing battery charges in Georgia, it is vital that you seek a lawyer that is experienced in these criminal cases to examine possible defenses. If you are at first charged with felony assault or battery, it may be possible to have the charge minimized to a misdemeanor.

Sexual Battery is another major violent offense in Georgia. Depending upon the age of the victim and whether the defendant has any prior violations of the Georgia Sexual Battery Statute, the penalties for a sexual battery conviction might be severe and prosecuted strongly.

In Georgia, it is illegal to purposefully make physical contact with the intimate parts of the body of another person without that person’s consent. Under this law, the term “intimate parts” refers to the main genital area, rectum, groin, inner thighs, or buttocks of a male or female, and the breasts of a female.

An individual found guilty of the offense of sexual battery against a child under the age of 16 will be convicted of a felony and will be penalized by a prison sentence of 1 to 5 years. A second or subsequent conviction brings the same penalties, in addition to sentencing arrangements such as sex offender registration under Georgia sex offender laws.

No matter what type of violent offense charge you are facing, hiring a skilled lawyer will be the best opportunity you have at securing your freedom, your future, and your record. Contact our Atlanta law firm to begin working with a criminal defense attorney today. 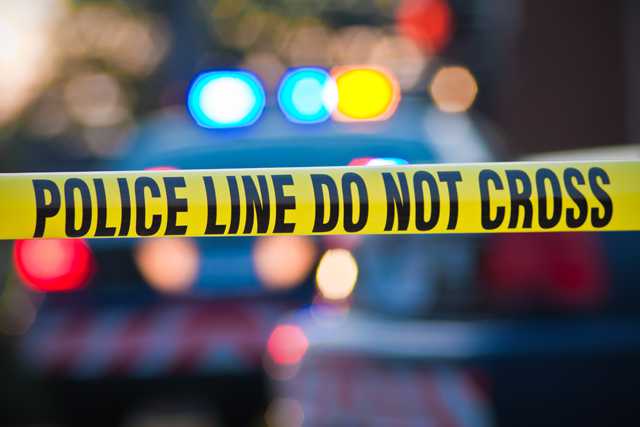