Expungement in the State of Georgia is the process of restricting who can view your criminal history. Learn all you need to know about how this process works with our guide.

What Is Expungement in the State of Georgia?

Expungement is an older term, but it is still often used in the state of Georgia. In the present court records, however, the term “record restriction” is used. It refers to the process of destroying or deleting criminal records. However, this information is not deleted. It simply means they are restricted from public view. Only law enforcement officers can see your criminal record for criminal justice purposes.

In Georgia, misdemeanor charges can be expunged as long as specific requirements are satisfied. Usually, the misdemeanor should be a juvenile criminal activity or your very first and only offense. However, have in mind that if you are eligible to get your Georgia criminal record restricted, that doesn’t mean the record will get approved for that process. 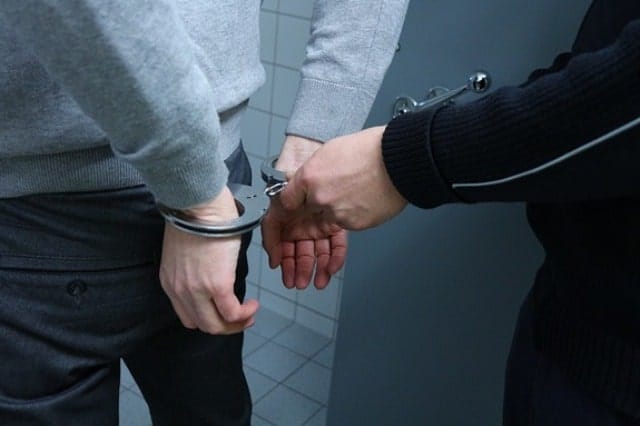 Which Records Are Eligible for Expungement in GA?

You do not have a right to record restriction, it is more of a favor that only some people are granted. The Georgia law O.C.G.A. § 35-3-37 (d) states that it can be given if no criminal charges are pending and if the individual hasn’t been convicted within the last 5 years.

If you were arrested but not convicted, you may be eligible to get your criminal record restricted. However, have in mind that as soon as you’re detained by the law, those who wish to prove your guilt will try to get you to incriminate yourself. Remember, you don’t have to say anything. It’s always a smart decision to hire an attorney. A great criminal defense lawyer has expertise in many practice areas, and the experienced counselors at The Law Ladies cover them all.

Under Georgia law, if you were arrested and then released without being prosecuted for the offense, your criminal record will be limited from your GCIC criminal history instantly after a certain time. If the offense is a misdemeanor, it will happen after two years. For the majority of felonies, the waiting period is 4 years and for severe violent and sex-related felonies 7 years.

These automated arrangements apply to the arrests prior to and after July 1, 2013, which is the date when the new law became effective. But, if a record is immediately restricted, and later on a disposition is entered in that the offense does not qualify for restriction, the law will make the record “unrestricted” by GCIC. Can a DUI GA Get Expunged?

You can never get record restriction for Georgia DUI conviction. Even if you have a prior DUI conviction that occurred more than 10 years ago, it will still have an effect on the case.

But, if your DUI charge has been dismissed or otherwise not prosecuted, the prosecuting attorney might allow record restriction of the charge from your record. Additionally, the only way for a record restriction when you are charged for driving under the influence is to win the case. In order to do that, you have to retain an attorney with a proven trial record in these cases.

As a former prosecutor of DUI cases and certified in field sobriety evaluations by the NTHSA, Ashley McMahan of The Law Ladies, will certainly provide you with the best possible defense.

How to Expunge a Georgia Misdemeanor?

A misdemeanor includes any criminal offense that is not a felony. In Georgia, a judge can sentence anyone convicted of a misdemeanor offense up to 12 months in prison. Some typical misdemeanors consist of traffic infractions, trespassing, minor theft, vandalism, and resisting arrest.

Particular criminal offenses such as DUI, sex criminal activities, and traffic offenses are not qualified for record restriction.

Having a misdemeanor on your criminal record can have unwanted consequences when finding a job, applying for a house leasing, or in any other circumstance where a background check is needed.

How to Expunge a Felony GA Conviction?

No matter how much time has passed, felony and the majority of misdemeanor convictions aren’t eligible for record restriction. You can restrict charges that were dismissed before going to the state prosecutor and charges where you were found not guilty. That, however, may not always be the case. If there are compelling reasons, the court won’t restrict your records, for instance, proof of jury tampering.

You could have a felony charge restricted on your criminal record if it was closed without conviction, and you were found guilty of an unassociated misdemeanor offense. To be eligible for that criminal record restriction, the crime you’ve been arrested had to occur within the last four years. In addition, you have to prove that felony charge causes you harm, for example, you’re unable to find employment.

If you have been convicted of a felony, you can’t have your criminal record restricted, but you may be eligible for a pardon from the State Board of Pardons and Paroles.

How to Fill out Georgia Expungement Application

If you were detained after July 1, 2013, you do not need to apply for criminal record restriction. The arrest will be instantly restricted when the acquittal or dismissal is entered into the GCIC database by the court clerk.

Acquittals and dismissals that happened before that date can be dismissed by the arresting agency in the county where the charge occurred. If you want to get your Georgia criminal records restricted, you should approach the arresting agency, such as Fulton County Sheriff’s Department or Atlanta Police Department, and request for an application to restrict your record. Complete the documents and submit them with the law enforcement agency. That shouldn’t cost more than $50. 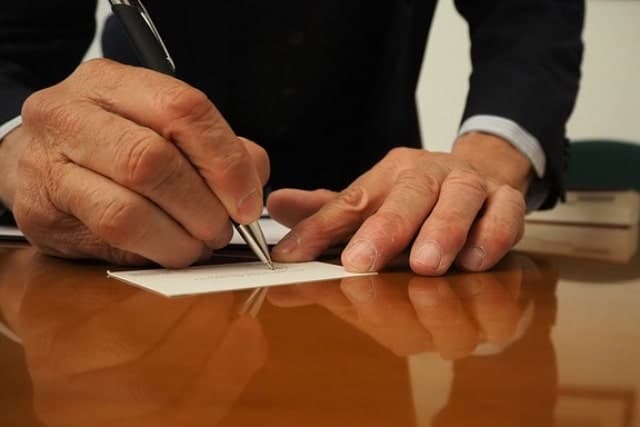 After you’ve filled the documents needed for your Georgia criminal records restriction, the department sends them out to the district attorney. The decision whether you satisfy the requirements for record restriction is up to them. The attorney’s office has 90 days to approve or deny the demand. If the prosecutor chooses to approve your demand they will alert the GCIC.

If the prosecuting attorney rejects your demand, you can submit a claim in the Superior Court of the county where the arresting agency department lies. The claim should be submitted within thirty (30) days of getting the denial. Looking for a writ of mandamus is a costly and complicated strategy so make certain to work with an excellent attorney at that stage.

Your attorney should be a dedicated advocate for you, in and out of court. The Law Ladies have the experience you can trust and the tenacity you need.

If you are sentenced under Georgia’s First Offender Act and effectively serve your sentence, you will not have a conviction and the charge will be sealed from your public criminal record. However, in order to be eligible for the First Offender Act, your charge can not be DUI, a serious violent felony, a serious sexual offense, or a serious crime against a law enforcement officer. In addition, your charge can not be related to child pornography or sexual exploitation of a minor.

But, if you breach the terms of your sentence, or commit another criminal offense, the judge will  revoke your First Offender status. He or she will find you guilty and you might be sentenced to the maximum penalty for the offense(s).

While you are under sentence, your First Offender case will appear on your criminal record report. If your status was revoked and you were founded guilty, the conviction will be permanently on your record.

Criminal defense attorney Atlanta can help you face felony or misdemeanor charges in court. Criminal defense lawyers at The Law Ladies will make sure you are prepared and that you meet the expectations of the court.

Georgia Expungement Law: When to File an Action in Superior Court

You need to file an action in Superior Court if you want to restrict certain types of records. A court order is needed to restrict charges put on the dead docket, felony charge(s) when you are found guilty of an unassociated misdemeanor, convictions that are vacated/reversed, and youthful offender convictions.

If a case is placed on the “dead docket”, that indicates the prosecution suspends the case indefinitely. While on the dead docket, the case is still pending and can be reinstated at any time by the court. Some companies might not employ you if you are in this situation. But, if your case was put on the dead docket and the state has stagnated with the prosecution, after twelve (12) months you can ask the court to get a record restriction.

Your vacated conviction by the trial court, reversed by an appellate court, may be eligible for restriction if an offense is not punishable by the death penalty, the decision of an appellate court was final, and the prosecution didn’t retry the case for two (2) years.

Some youthful offender convictions that occurred before you turned 21 can qualify for record restriction. In order to qualify, your sentence must be successfully completed. In addition, five (5) years before the requested restriction, you must not be charged with any offense, other than minor traffic offenses.

But, the restriction is not available if you were convicted of a serious traffic offense, theft, a violent felony, a serious sexual offense, or convicted of child-related pornography or sexual exploitation. 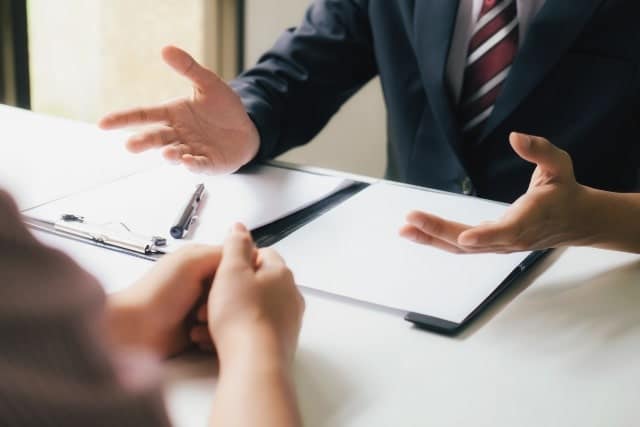 These convictions are not qualified for restriction unless you satisfy the requirements for the “Youthful Offender” restriction.

Since some of these record restrictions require action in Superior Court, you need to hire a lawyer that has appropriate experience. The attorneys at The Law Ladies are licensed to practice law on State and Superior Court level.

Your attorney should be a dedicated advocate for you, in and out of court. The Law Ladies have the experience you can trust and the tenacity you need.

Expungement Lawyers in Georgia Can Help

Usually, cases that are closed without a conviction are qualified for criminal record restriction. But, the restriction is not available if a charge was dismissed due to the fact that that you pled guilty to another charge in the case, You were associated with a pattern of criminal activity prosecuted in another jurisdiction, the prosecution wasn’t able to use crucial proof against you because the evidence was suppressed, or if you had some kind of immunity. 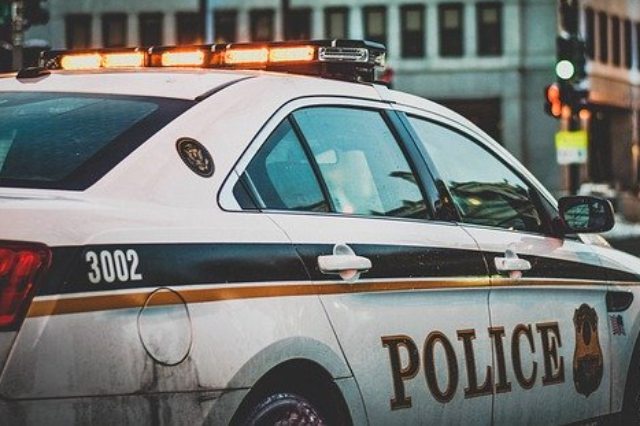 How Long Does It Take to Expunge a Criminal Record in Georgia?

The entire procedure for record restriction in Georgia should take around 150 days. Within a couple of months, GCIC will get your arrest record restricted.

In addition, Georgia does not enable your whole criminal record to be restricted. You have to apply separately for the record restriction of each qualified offense. If you aren’t sure about eligibility for your record restrictions, contact the court or an attorney to get more details.

The Georgia Expungement Process Can Be Complicated

Although you can have a record restricted on your own, it may be easier to hire a lawyer for assistance. Cleaning up your criminal record can be complicated, and an experienced criminal attorney can help.

If you need legal advice or a free consultation, contact The Law Ladies today.