Georgia DUI Law regulations carry serious penalties: even a first offense can potentially mean jail time. Check out The Law Ladies’ complete guide to DUI Laws in Georgia for everything you need to know.

For more information on DUI Laws in GA contact The Law Ladies today.

DUI laws in Georgia restrict driving or being in physical control of an automobile with a blood alcohol content (BAC) of.08% or higher (.04% or more if the person is operating a commercial automobile and.02% or more if the chauffeur is under 21).

It is also prohibited while being “under the influence” of any drink, drug, a controlled substance, or any quantity of cannabis or illegal drugs in your blood or urine.

A driver who is less safe to drive due to drinking or drugs is considered “under the influence.” An individual can likewise be found guilty of a “per se DUI” with a BAC of .08% or more, with or without actual impairment. 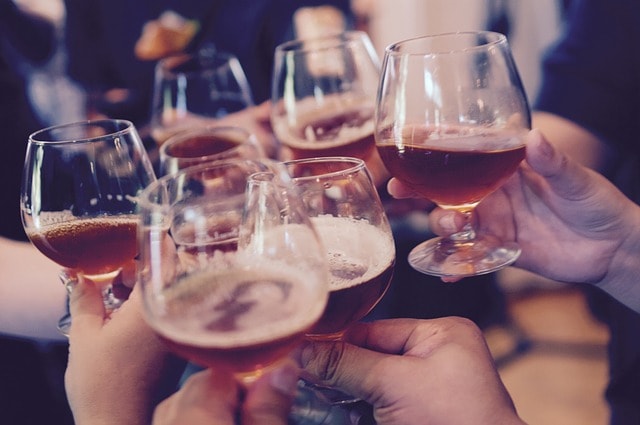 Georgia has a legal DUI limit of 0.08 percent of blood/alcohol concentration. This describes the percent of alcohol in an individual’s bloodstream. However, the BAC readings mean little to a lot of drivers. Some of them are more interested in the number of beverages it takes to reach the legal limit in Georgia, although this is not something that’s written into Georgia DUI law.

The very best advice is to avoid consuming any drinking if you are going to drive. Don’t take the chance. You might pass a test if you are drinking, but have in mind that Breathalyzers are not always reliable and that Georgia has one of the nation’s strictest DUI laws. In addition, have in mind that you can’t get record restriction for a DUI conviction.

If you have been caught under the influence, a criminal attorney Atlanta like The Law Ladies, can help you avoid serious penalties.

Some people who got arrested for DUI in Georgia will look into the Official Code of Georgia Annotated (OCGA) noted on their traffic ticket. The accused person sees this: OCGA 40-6-391 (plus another related info, which means what KIND OF DUI in Georgia is being charged). 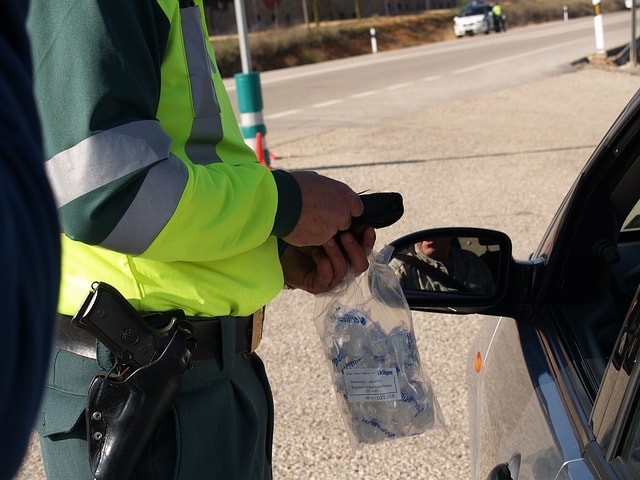 There are 6 (6) statutory ways the State of Georgia can charge you with a DUI offense.

If you are charged with a DUI offense and facing a potential license suspension, the attorneys at The Law Ladies can help. Contact them today!

Even if a DUI is your first offense, you might face specific problems and loss of privilege to potential business deals for several years, if not for the rest of your life. In cases where the DUI is drug-related, you can face more problems, such as losing your Georgia HOPE Scholarship due to a drug conviction.

It’s important to know that being charged with DUI is not a conviction! If found guilty of DUI for the first time, adult drivers can get a certificate of very first conviction and acquire a “work license” (temporary driver’s license) on a DUI-alcohol case the exact same day as their DUI conviction.

If this is your first DUI offense ever, don’t think that DUI is not a big deal. The judge will not be lenient on you due to the fact that this is “just” your first DUI. DUI laws in Georgia are amongst the strictest statutes in America. The judge can’t do much to help a first time DUI offender in GA. 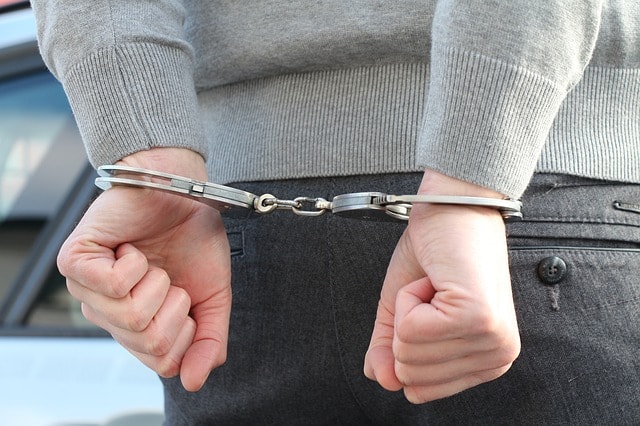 What Does OCGA DUI Say About First Offense?

The DUI statute (OCGA 40-6-391) mandates classifications of first DUI conviction and necessary minimum DUI penalties (for each category) that can not be waived:

In all first offense DUI cases, the driving privileges or an early reinstatement require the driver to do 2 things:

But, a person who is found guilty of DUI drug driving, can not drive at all for 6 months.

Until the individual is found guilty, no criminal record for conviction of operating a vehicle while intoxicated offense exists.

If you are arrested for DUI while intoxicated, having a former DUI prosecutor like Ashley McMahan defending you can provide the edge your case needs. Schedule your appointment today.

What is DUI Less Safe in Georgia?

People frequently believe that DUI Less safe is, in some way, a lesser offense than any other DUI. That is simply not true. “Less Safe” just describes how a case is shown. The Georgia “Less Safe” statute means that you can still be arrested under the influence even if your blood alcohol concentration is less than the 0.08 threshold.

The most important aspect of a DUI case is that you are accused of either being “less safe” or incapable of operating a vehicle safely. A law enforcement officer who investigates you in most cases will give you a sobriety test. If the examining police officer concludes that you are incapable of continuing to drive safely, she or he can apprehend you, and this could include a license suspension. 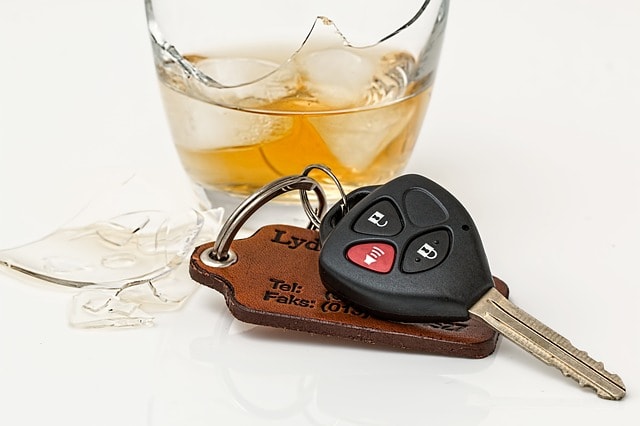 Although many states have lesser offenses of DUI, Georgia does not. If you are charged with DUI Less Safe in Georgia, you are facing the same penalties of any DUI in Georgia.

If you are facing DUI Less Safe charges in Georgia and a possible license suspension, contact The Law Ladies to help you fight for the optimal outcome.

No matter what unfavorable impact a DUI 1st offense might bring, the charges for a second offense DUI are even worse. For example, a DUI second offense increases to thirty days of community service or 240 hours. Also, typical penalties include a minimum of 72 hours in prison plus 90 days in jail up to 12 months in jail.

Typical penalties for a second offense DUI in Georgia can consist of $600 – $1,000 fine and 12 – 36 months of probation (depending upon whether there are other associated offenses), as well as 240 hours of community service.

A 3rd Georgia DUI takes the obligatory prison sentence to 15 days of jail time, and often much longer. An individual will undergo a minimum of 240 hours of community service and might be fined over $5,000. Also, 3rd drunk driving charge in 5 years means losing the ability to drive for a minimum of 2 whole years.

If a DUI case was based on drug impairment, the driver’s license penalty could be higher than for DUI-alcohol driving. A six-month period of NO DRIVING with a license suspension is a penalty for a first offense DUI-drug conviction. 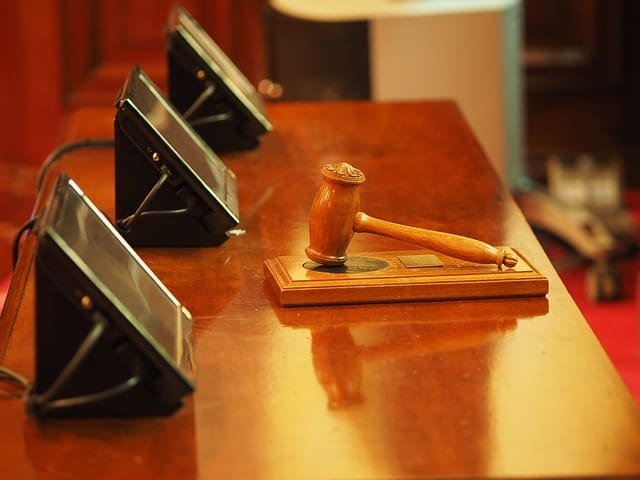 DUI convictions may carry license suspensions. For a first offense, there is a 12-month suspension. However, the driver’s license might be renewed after 120 days if the motorist finishes a DUI education program and pays a $200 reinstatement cost.

With a second DUI in GA within five years, license suspension is serious. There is a three-year license suspension for 2nd offense DUI. However, the driver’s license might be renewed after 18 months if the driver finishes a necessary clinical evaluation, substance abuse treatment, does completion of a DUI education program, and pays a $200 reinstatement charge.

For a 3rd DUI offense, the driver faces permanent license revocation. The driver can apply for a probationary license after 3 years.

In case of a car accident involving serious injury or death by vehicle, the license is suspended for three years, and the driver can not apply for early reinstatement or a hardship license.

Unless the driver had a dunk driving accident or has a previous DUI within five years, she or he can request a limited permit or restricted driver’s license. The license works throughout the suspension duration with an Ignition Interlock Device (IID) and travel restrictions. However, there are certain requirements drivers have to satisfy before applying for an Ignition Interlock Device permit.

All individuals who drive in Georgia have impliedly given their consent or agreed in advance to a drug test of their breath, blood, or urine. If an arrested driver refuses to submit to a test, he or she will undergo license suspension.

If you are charged with a DUI in Georgia, the attorneys at the Law Ladies can help. Schedule your appointment now!

Is a DUI a Felony in GA?

Many people arrested for drunk driving believe that they are charged with a felony. However, that is not always the case.

After getting a third DUI conviction, a driver can also be declared a habitual violator. Although that is not a crime, it can have a significant impact. First of all, a habitual violator will face license revocation for a period of five years.

The fourth DUI charge would be a felony if it happened within ten years, based upon the dates of arrest. Being arrested after being declared a habitual violator carries applicable penalties.

Severe injury by vehicle from a motor vehicle accident with a pedestrian, another occupied vehicle, or seriously hurting a passenger in your own car constitutes a felony and could mean jail time. It is also the case in homicide by vehicle, of a pedestrian or any other individual (whether it resulted in the death of an individual in your vehicle or another car). 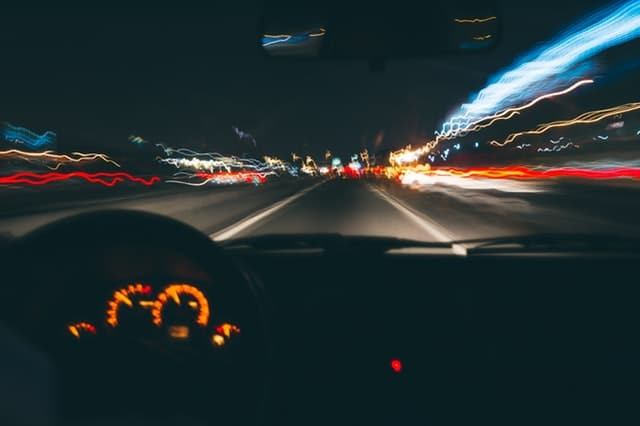 Specific “operators” of vehicles are held to a greater standard of care since they are accountable for the security and wellness of others, who depend on the supervisory of an adult chauffeur. For these vehicle drivers, ANY DUI can be a felony.

For example, under DUI laws in Georgia, a school bus driver who is driving under the influence will be dealing with felony charges. Whereas if she or he were driving the exact same kids in a passenger van, any offense would be a misdemeanor, unless numerous minor kids (in Georgia, those under age 14). DUI laws in GA make the 3rd and subsequent kid endangerment passengers a felony for EACH one.

However, if you have been injured in a car accident, an Atlanta personal injury lawyer at The Law Ladies can help you recover money for medical bills and property damage. Don’t hesitate to call them.